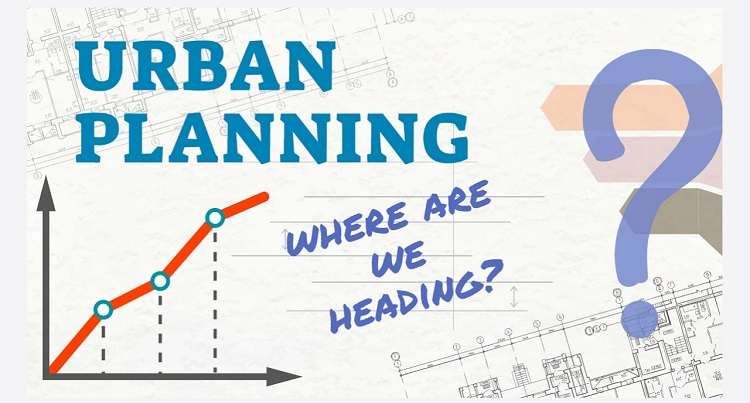 Professional Version - The Road Not Taken?

Smart cities, technical revolution, flying cars, global warming, carbon emissions, environmental conservation, green summits, IOT, AL, ML, carbon neutral cities and on and on. These are the buzzwords. There is a lot going in the world. All these words and similar terms & the jargon reminds us that something is happening, things are moving in a forward direction. Humans are taking responsibility of what they did, the damage they caused to the environment and the harm we continue to do. Shifting our approach, changing our lifestyle and increasing awareness about the consequences of our actions.

We made a phenomenal progress (at least that’s what we claim or portray) with all the newfound knowledge and understanding about various systems. Scientists, scholars and just everyone trying their best to find a solution to the problems we face and to reduce the potential problems. “Sustainable Development” & “Sustainable Development Goals” are in the trend again. Shaping and guiding the policies and reminding the world leaders about the issues and threats we face. But how much of it actually matches the execution? The lack of political will, lack of required technology, lack of funds and the lack of understanding, there are in many excuses for the goals which were never met or missed by a huge margin. It’s difficult and daunting for a few individuals to take on such challenges and solve them through speeches made in protected fortresses. The leaders are responsible to get the voice heard and to reach consensus to take collective actions, but the work is meant to be done by the concerned experts, groups and individuals. This is why different specialised professions exist. It is the same case with “Urban Planning”, “Town Planning”, “City Planning”, “Physical Planning”, “and Spatial Planning” (not to forget the endless variations!). The difference being, the work Planners are supposed to do and the actual work being done. The stark difference in the planning and execution.

Translating the roles and responsibilities from book and policy documents to ground realities is still a far-fetched dream. Though the importance is being stressed upon from time to time, it is yet to be seen in execution and in action. The world never stopped, and even today our human settlements continue to grow. Not being able to keep up pace with the development and not being able to address the pending and current issues effectively is good enough to hold the profession and professionals back. Instead of witnessing growth and failing to adapt and deal with the market changes, it ultimately resulted in moving backward. Not moving forward or even standings still (more on this in a later part of the write-up) is good enough to increase the gap and act as setbacks. The profession which was trying to create its own identity is now facing additional tests. Carrying the burden of long pending expectations and coping up with the competition from other industries, balancing the two aspects as crucial for the profession to grow.

Capitalising on the fact that cities have grown enormously and need intervention from the specialised groups present yet another opportunity to leave a mark by the planning professionals, but it will come at an additional cost, requires meticulous planning and collective efforts to get back the lost glory. It’s a great opportunity to bridge the ever-increasing gap and set the things in the right direction. Proving the worth once again and taking over the responsibilities which were carefully crafted by the founders and forefathers of the profession.

Standing still, not all the countries face the same problem. They are quite similar, but then the severity is different and quite unique to each nation. There are a few instances where planners took the challenges head on for a long time, but due to lack/ insufficient changes/ advancement in the profession, the gap remained or its starting to appear. Staying in the market is as challenging as creating an identity for the first time. When it comes to staying in the market, the only cushioning is the shared responsibility and common cause shared by a lot more people. Planners need umbrella bodies across the world at different levels. Professional bodies and groups which can act as the frontrunners and take up the cause, represent the members and be a part of decision-making process. Presence of spineless or pseudo professional bodies is not of much use if that cannot be changed into concrete actions. The mammoth task of planning for human settlements is no small task. Utilising the best technology in the most efficient manner and tweaking the plans for long-term planning requires meticulous intervention and continuous feedback.

Excelling in what we do should be the focus, and we need to move forward continuously. Moving faster than the market and counterparts to bridge the gap and carve out our own niche. The decades of efforts and experience, amounts to a lot more than the initial thought of having such a profession. We have the initial thought, and the experience too, getting united and working towards the common cause is the need of the hour and profession. Instead of getting stuck, wondering and feeling threatened by the increased overlapping functions of other professionals, we need to see it as an opportunity to mix well with other professionals and bring something exceptional to the table. Leaving a mark with what we offer will set us apart.