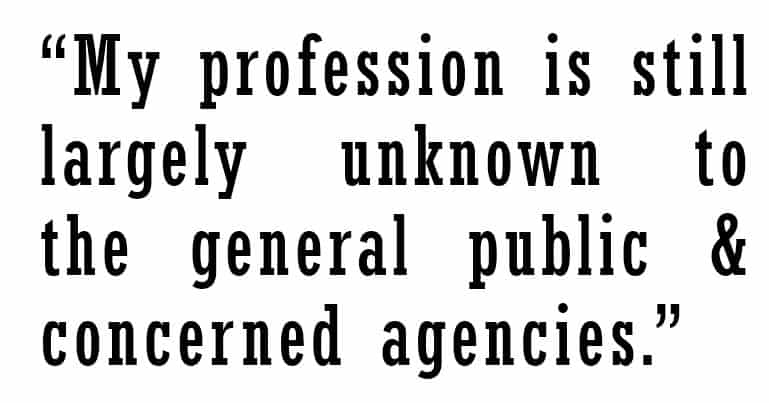 I am an Urban Planner by profession.

I am an Urban Planner by profession. A lesser-known profession in a modern world. Yes, it is indeed a profession which remains largely unknown to the general public and even to the concerned agencies. This is a major setback for the profession, and the gravity of the problem might not reflect in mere words.

Who is an Urban Planner?

While the terms “urban planner” or “urbanist” were never heard of in the past, it is a job that is getting more and more in demand these days. That probably has a lot to do with the fact that societies are realizing the importance of planning their cities before actually spending a lot of money building or rebuilding it. That is the reason why even though old cities have its charm, there is something about the new ones that scream for efficiency and practicality. The roads are wider, there is more space for homes, the locations are well thought of and the list goes on. Well, if you have been to one of those very organized cities, you have the urban planner to thank for it. Without them, the city will not be half as organized as it is right now.

The problem is the enormous awareness gap. The well-known professions include doctors, lawyers, pilots, builders, chefs, mechanics but not an urban planner. This can be attributed to the less publicised profession and the absence of information about it from the textbooks provided to school kids. Neither do movies ever focused on this profession, nor any significant attempt was made to increase awareness about the same.

Some have a vague idea about the profession and often confuse it with “Architecture.” Those who have a slightly better understanding about planning defines it in their simplest words as Professional who put right things at right places by making master plans and policies. There also exist a completely different group of people who think if the profession similar to a wedding planner, event planner or just anything with which they can associate planning. People do realize that planning is important, but this is not because of their knowledge about the profession but because of the “obvious” reasons and common sense as everything requires planning. They take the general & dictionary meaning of “Planning” into account while developing their understanding of it.

Very few individuals (about a millionth fraction of billions of humans) outside the profession are aware of Urban Planners. Those pursuing planning have a hard time explaining what planners do because of the complete lack of idea about planning in the mind of people. Even after decades of the existence of this profession, it remains largely unknown.

The tricky part is that it’s almost impossible to put Urban Planning in simple words or 2-3 sentences. Squeezing an enormously broad profession into few sentences isn’t an easy task. When asked about what do Urban Planners do they tend to start with phrases like master plans, land use plans, zoning, policies & use other jargon. The listener becomes clueless about what is being discussed and loses interest. It’s important to be on the same level to make others understand the countless things which planner do and are capable of doing. If a person is interested, then it’s a remarkable moment and feels proud to explain your work. Planners do diverse work including data analysis & presentation, data mining, preparing good questionnaires for conducting various surveys, policy making, preparing different kind of master plans and city development plans, land use planning, heritage & urban conservation.

For a mature audience you can start with dividing it into three parts:

This will help the person in developing the relationship between the planning profession and their existing thoughts about the same. Pete Sullivan, AICP, Senior Associate with Clarion Associates in North Carolina starts the description as

It is an urban planner’s job to decide which things—like buildings, roads, and parks—should go in which places.”

An alternate but short & straightforward description of Planning by Planetizen

“A professional practice and an academic study focused on the future of built environments and connected natural environments—from the smallest towns to the largest cities and everything in between.”

Many people assume that when you say you’re a planner that you work as a Development Management Officer for a planning department at a local authority. They think your job is deciding on planning applications, saying ‘Yes’ or ‘No’ to requests for house extensions and conservatories. That is what some planners in the public sector do. But it’s by no means the only option. Whatever route you take as a planner , you can be sure that you’ll be working alongside a diverse range of professionals. I don’t think that anyone gets into the planning profession just to ‘get a job’; people join the profession because they want to make a difference to the world. Planning, planners and the planning system are at the heart of finding solutions to big challenges facing our society. I’d encourage anyone with an interest in shaping the places we live and work in to join me as a planner.

Think tanks with an interest in the built environment include the Centre for Cities, the Institute for Public Policy Research, Planning Futures, Create Streets, and Future of London. If you are interested in politics as well as planning, think tanks are an interesting area. A good number of planners work in academia, or balance academic work with work in the public and private sectors. As teachers and researchers they have influence over students, practitioners and policymakers, and will often conduct the original research that influences planning policy and practice.

Trying a similar or a more straightforward approach than your current attempts will help you convey a simpler and more effective message and make people learn more about the profession. It’s time that people know about the profession, the crucial role planners play. Planners can also be regarded as knowledge workers.

For further reading and getting more information about Urban Planning you can read the following articles (all articles open in new tab/ window):

Selling “Urban Planning” as a product in Indian market

The Need and Importance of Journalism in Urban Planning

Disclaimer: We spend hours researching and writing our articles and strive to provide accurate, up-to-date content. However, our research is meant to aid your own, and we are not acting as licensed professionals. We recommend that you consult with your own lawyer, accountant, or other licensed professional for relevant decisions. Product or company names, logos, and trademarks referred to on this site belong to their respective owners. We might earn affiliate commission if you make a purchase through links on our website.

Selling “Urban Planning” as a product in...