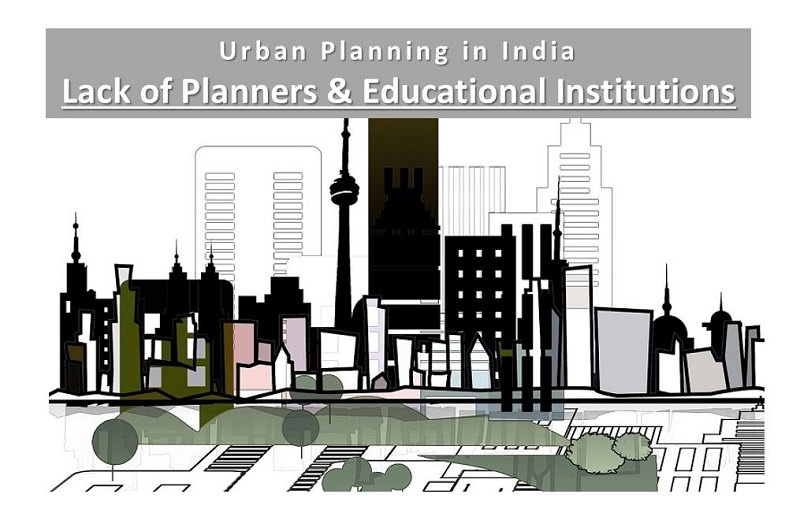 Urbanisation - benefit with it's own set of problems

With a terrible air quality index and a soggy view that exhibits a range of elegant, high-class buildings on one side and houses made of fragile metal sheets that surround it, we’d complain about how low our economy has dropped, while sipping a cup of tea on our balconies.

While the system builds bridges for us to commute from one place to another, the bridge between the rich and the poor has grown larger than it has ever been. The current scenario of the covid-19 pandemic, draws a clear picture.

India, due to the ongoing urbanization and rapid growth of its population demands expansion of its city borders. Millions of job opportunities created due to industrial growth had led the population of cities protrude to an incongruous extent. The country’s capital, Delhi has witnessed an outburst in its population intensifying as high as 26 times than it was after independence. Mumbai over 6 times, Kolkata over 3. Bengaluru, being a newbie in the list, has experienced an outbreak of 10-fold in its population; statistics put forth by new18 in 2019. The numbers are not expected to drop anytime soon.

Urbanisation – benefit with it’s own set of problems

Familiar with the actuality, by nine in the morning, thousands of vehicles line up on insufficiently broader roads, pacing towards their respective offices. A local train assembled of nine cars having a total of 876 seats carries more than 4000 passengers during peak hours. Calamities like floods approaching every monsoon, pollution making irreversible lung damage have been accepted as new normalcy. The difficulty in finding a place to live in a metropolitan city is complained about and ignored. As a matter of fact, we run a struggling race for employment because there are significantly more people than jobs available. In accordance with an article formulated by Business Standard, we have 1.3 million students graduating each year with an employability rate of 47%. Sectors of pollution, infrastructure, overcrowding, disasters, housing deficiency, unemployment, economics, all root down to one issue that our cities are not planned well.

About 34% of the country’s population resides in urban cities, increasing exponentially by 3% since 2011. It is expected to expand even further by 4.1% until 2030, outlined by The Hindu news. With little resemblance of urban planning, our cities have ruptured with poverty, poor infrastructure and are oppressed with people in power. Basic utilities such as housing, clean water, transportation, sanitation stay inadequate comparing the catapult of the urban population.

With a fabric measuring 3.287 million km² and 5,000 qualified town planners, India faces a cognitive deficit in the field of town planning. According to the Institute of Town Planning, India (ITPI) the country has around 600 districts, 8,000 cities and 4,00,000 villages against 5,000 qualified town planners. Despite urban planning being a pressing priority, the field is not given enough heed. The government’s inattentiveness is not providing the field, the attention it needs.

Town Planning also referred to as Urban Planning, City Planning, Spatial Planning entails, steering both existing and proposed development built with a well thought planning. It is an interdisciplinary field whose roots lie in the fields of architecture, engineering, management, economics, geography and sociology. Cities are planned with apposite standards of living and working, sustaining economic growth, social development, environmental sustainability, better connectivity fulfilling the core cause of physical and mental health and wellbeing. This inadequacy of urban planners in the country demands emphasis on the education of urban planning.

“Education is not the answer to the question, education is the means to answer all questions.”  -William Allin.

According to a report generated by All India Survey on Higher Education (AISHE) in 2019, out of 3,73,99,388 students enrolling for graduation, barely 0.01% students are enrolled in urban planning. The majority of candidates are clutched by the fields of arts, science, commerce and engineering being fourth on the list. The data manifests awareness to be spread about the field.

Nevertheless, a substantial increase of students enrolling for the planning programmes has been observed. The Ministry of Higher Education in the country has taken a prudent step by introducing Bachelor of Planning. Both the programmes, Bachelor of Planning (B. Planning) and Masters in Planning (M. Planning) have been formulated to offer students specialization in a wide range of subjects, policies, analytics relating to urban human settlements. The curriculum necessitates intensive study, terminating with the completion of a research-based dissertation.

The initiative of starting B. Planning Exam proves to be a boon for the current imbalance of demand and supply of town planners. A 4-year full-time undergraduate degree to become an urban planner appears to be more preferable than having a master’s degree after having a bachelor’s degree in architecture or civil engineering.

The enrolment of students in B. Planning has grown from 169 in 2015 to 938 in 2019, whereas for M. Planning the numbers have climbed from 307 in 2015 to 1028 in 2019. The increment draws a positive yet deliberate image in producing sufficient urban planners for the future. The upgrade in the number of colleges offering degrees in the department of planning is inching.

The current setup of both the courses helps its candidates have critical thinking, collaborative, analytical skills with practical knowledge gained through on-site data collection and sound communication skills, which is boosted by presenting the collected data.

The system calls for a supplement in the number of teachers with the increase in the number of colleges and candidates. The Pupil Teacher Ratio (PTR) presented by AISHE has topped up from 21 in 2014 to 29 in 2019. A demand for faculty can be perceived from the report. To accomplish the deficiency, some institutions have made pedagogy inclusive in their curriculum. The same strategy would make an evidently additional benefit if adopted by all the institutions.

While the country is steadily progressing in bringing the department of planning into picture, the Massachusetts School of Architecture and Planning has introduced entrepreneurship in their curriculum. The program launches to provide its students with a structured set of classes, mentorship, seed funding, research and links to the global network of the school’s alumni entrepreneurs. The current system can acquire a similar programme for its students to bring in diversity in the planning syllabus.

It can be concluded that the education in the planning department is at a seed stage. The unawareness about the forsaken issues that our cities face, makes the profession unheard. Letting the youth know at an earlier stage about how the cities they live in have evolved or why they have a park in their neighbourhood for them to play will generate curiosity in the young minds. One day, the seed will germinate, will turn into a plant and then into a tree for the future generations to come.

Author Bio: Kajal Selani, an artist holding an architectural degree foreseeing her interest in journaling what she observes and researches about. Graduated from Dr. D. Y. Patil College of Architecture, Akurdi, Pune.

Urban Planning – The Open but Hidden Gold Mine