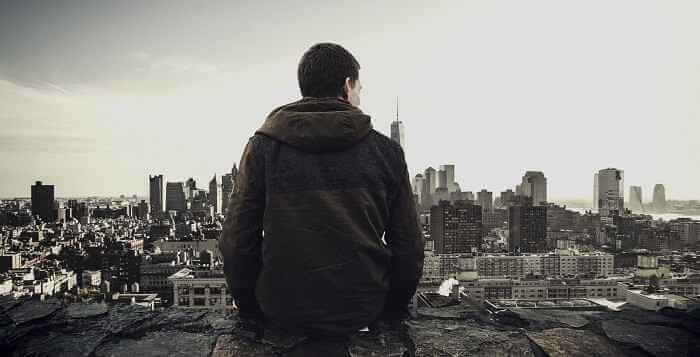 City Leaders are selling us to Tech Giants. And it’s Disturbing!

Cities! Most of us probably never get out of them. We start our day and end in the very city we live in. Some try to escape them but just for a small time which is usually for “Leisure” but once this is over we are back to our home city. Then exist other set of people who travel for “work” but these too remain confined to cities. No matter how small area the occupy in terms of surface area these are the places which holds enormous wealth. Cities are the places where rich lives (also the no so rich & poor but they unfortunately miss the mention) who are the real policy and change makers, unless, someone takes charge in their own hand and does something meaningful while thinking about the whole society.

Less obvious, but no less dangerous, are the other companies that are focused on providing the technology layer to willing cities that want to become ‘smart cities’. I use the word ‘dangerous’ because these companies will have access to information that we, the residents of these cities, made available to the city willingly but have not given the cities permission to give to corporate entities to use for their commercial purposes.

Messy Nature of Cities and why “Cities”?

Coming back to “Cities”, home to over 50% of the World population are evolving. Some are leading the race and setting the benchmark. Most of the cities are now becoming unmanageable and rely on “Tech” to perform their daily function effectively & efficiently. (This article will not make a mention of any particular city since the condition remains same and the left our cities will soon follow the leading cities which are leading to chaos!) Moving on, “Smart Cities”, as the name suggests these are the modern hi-tech cities which are using the best technology known to mankind! As we talk about the best in Tech there are few reputed names which come to our mind which includes Google (Alphabet for some :), Microsoft, Amazon, IBM, Apple (the great iPhone makers!), CISCO, UBER etc etc in short, almost all the companies which exist in Fortune 500. All these companies contribute in some or the other manner and shape the way we live our lives. 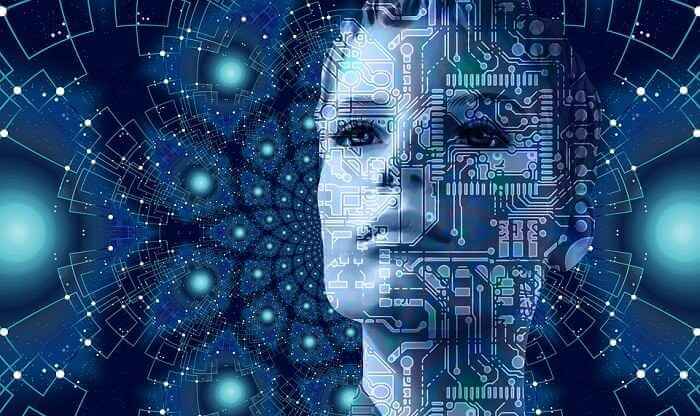 Cities today are Data Driven, data holds the key to city’s growth. Data is the real gold in present time & has the hidden secrets. Some of these are bit disturbing when you pause for a moment and think how much they rule our life. Some might even feel that actually they are the guiding hand (a quite dominating one!). Probably they know more about us as compared to what our family & friends know about ourselves. This is required, essential and undeniable.  It is the harsh or gentle reality no matter how you feel but it is the REALITY. So, what the question is not how they are changing our lives but how much power do they have over our lives & who takes the responsibility. A gamble, isn’t is?

Literally, Handing Over The Keys

All the information gathered by the companies are a result of our actions, our consent (knowingly/ unknowingly or willingly/unwillingly) since we use their services. All the interaction and usage of service is a result of our choice and action, we remain the final decision makers. But here is something disturbing, a lot more disturbing infact frightening when given a thought. 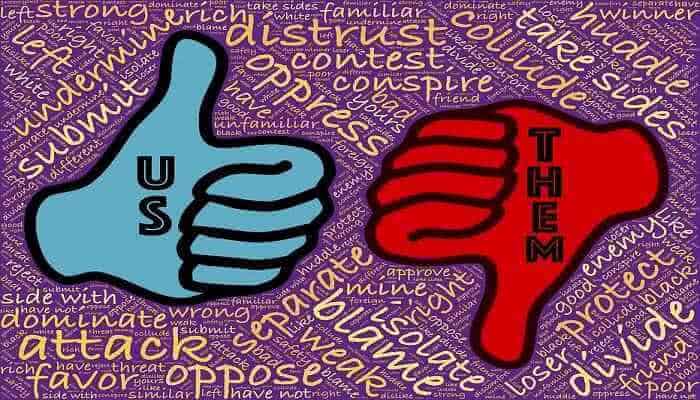 Your existing tech trapped life is led by data. You Facebook feed is filled based on the “Algorithms” which is fed by “Data”, Google generates search results which are fed by “Data”, Ads being displayed to you on any screen are again a result of “data”. This continues, the job you do or the business you run again relies on “data”, the banks where you keep all your hard-earned money again stores it in form of “data”. Where you live and the rent you paid is also somewhere derived from “data”, the home, office, shop or property you own has is just  “data” for someone else. As you slowly realise we are living in a world where most of the things and even “Experience” are just “data”. The way you commute, your transport network, public transport and the Uber you book is again generating and using data. Now this is definitely required so as to provide uninterrupted service and optimising the resources which is no less than a gamble for a better tech driven future. But it becomes uncomfortable when your own life is just seen as “data”, all the above examples kept you incharge of actions. You decided to use Google, created an account on Facebook, booked a Uber just because you wanted to travel but the thing changes when someone else takes decision for you and your life gets reduced to “mere datasets” in an unknown company!

Our Take? – It doesn’t really matter!

We are neither criticising nor applauding the very system in which we exist and which now as a result of evolution works on data. But the very fact concerning us is the control which we have over our lives and the way our lives are seen by the policy makers. City leaders all over the world are now counting on these “data rich” companies who managed to accumulate terabytes of data which enables them to help them in better decision-making. Using that data is surely a win-win situation for all but what happens when the “help” turns to “reliance & dependability”. No matter how good a company is in terms of its services and what it has to offer to society, the fact remains the same that it is a “business entity”. The frequent and massive fight and struggle over privacy concerns are automatically lost when our leaders decides to give the business entities the power to shape and transform the way we live.

The nature and type of impact which these companies have needs to be taken care of and that can be done by the ultimate power, by those whom we choose (in most of the cases – Democracy!) to rule us, by those whom we believe will work for uplifting of society as a whole and provide us a system which eases our life. But what when these leaders turn to the “business entities” to do this job? Companies no matter how value driven they are the “profit-making bodies”. They need to pay back their investors, partners and employees. They do not solely operate to make your or mine life easier but to make profit! This is what is slowly being erased from our life. 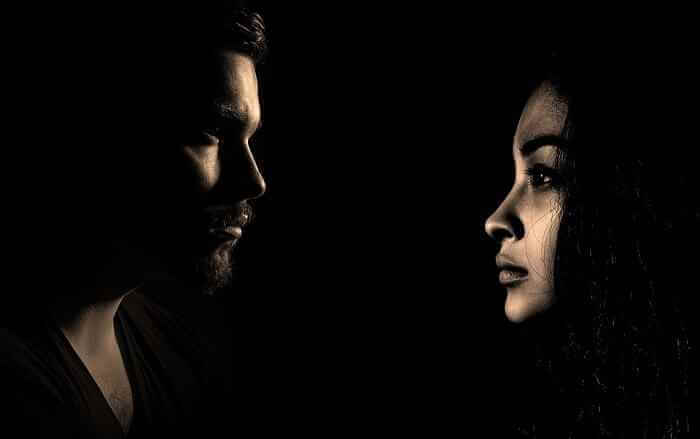 When city leaders chose to use their expertise they are knowingly or deliberately giving them bit of more control over people’s lives. This is the  direct result of our votes which is used indirectly to give control to private firms. We will get our right to vote back in few years but the data acquired by companies will remain with them even after the next election. It will form a cycle since the newly elected representatives will now be having even fewer choice since the selected companies now holds the latest data and will surely outperform others, this puts them in unprecedented advantage which will continue, unless, someone realises this and takes over. Takes over not to stop and shatter this but to put things back on trace! Moving back from “dependency” to “aiding”, applying their own thought while making such decisions. Giving back the control where it originally should have been, not in the hands of few tech giants!

Related: Loss to community because of incompetent planners!

The struggle and fight remain over “who controls what” and will continue till the very existence of mankind but what we can do is to be little more aware about who and how our lives are ruled and governed. We need to shake the leaders and city makers that our live is not just mere datasets which can be fed to the softwares and algorithms but need the human touch and “brains”. It’s high time that the concerned people do their “job” and prevents (or atleast slow down) this crazy evolution let by few dominating companies! 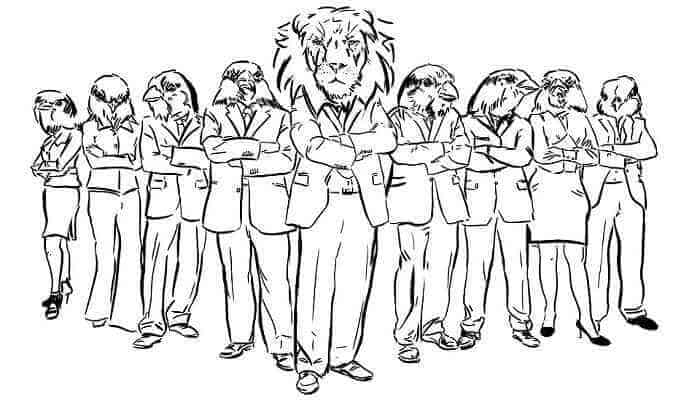 Some of you might have forgotten the “cities” part which made the starting of this article, well, cities are where money is. Businesses operate and work where money is. Rural areas and not so developed cities follow the developed cities and looks up to them as elder brothers and sisters (again, where the money is!) and take the path (exceptions do exist & some chose to apply brains to get out of this madness). As a result of this smaller and relatively less developed areas are giving to the hand of data rich companies since they managed to grow over time and now much more about the people them the people themselves. These areas “grow” and wealth is accumulated over the time and proudly makes to the list of cities which money is! And this madness continues which is no doubt dangerous and pure gamble.

Let us know you though and the expected outcome of this Chaos in the comments below! Share it if you think it makes sense and you liked it 🙂

Selling “Urban Planning” as a product in Indian market

How cities differ in India & New...