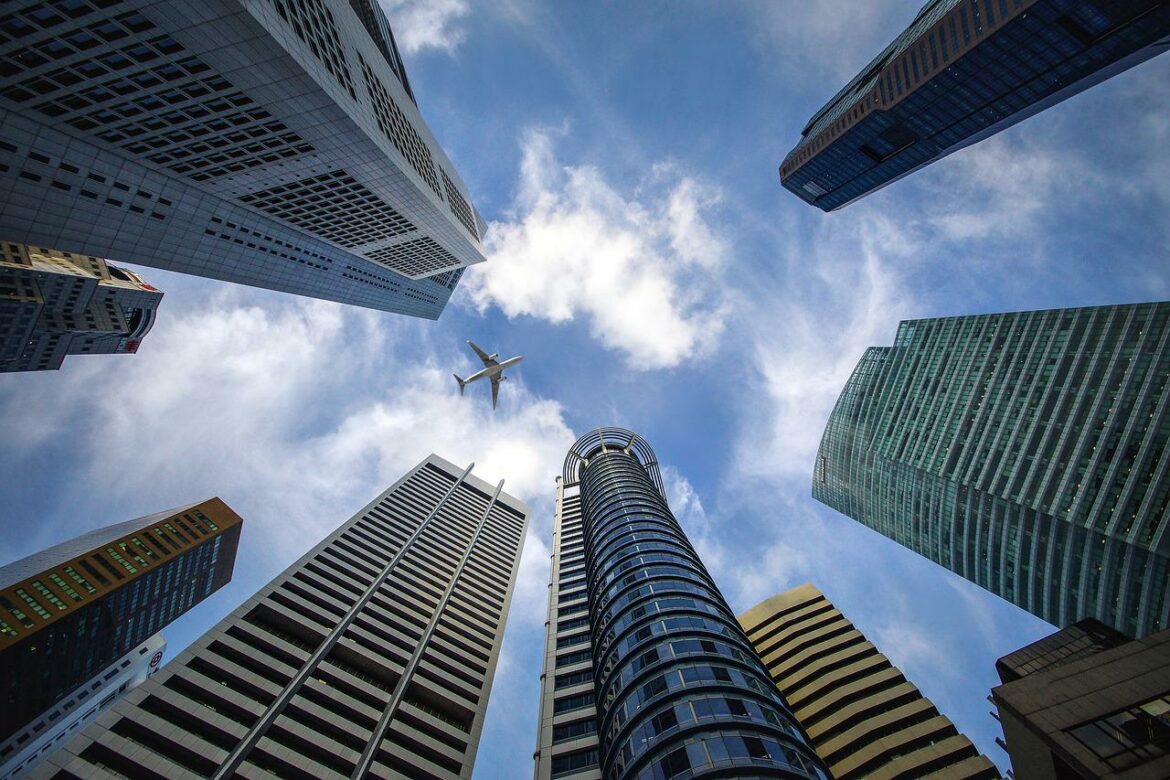 Examples of TDR in Indian Cities

With the growing urbanization and lack of availability of land for development, many Indian states are exploring their city development projects by using the technique of Transferable Development Rights or TDR. Unlike the conventional acquisition process, TDR facilitates the speedy acquisition of land for developing infrastructure projects that include roads, urban expansion, public amenities, etc. This article will explain the concept of TDR, its uses and benefits, and examples of its implementation in some cities of India. It will also provide some criticisms of TDRs and their way forward.

A transferable development right or TDR is a technique that permits the owners of a site or plot to sell the development rights from a particular parcel and use it elsewhere within the defined zones of the city. It allows them a much higher density or additional built-up than permitted. TDR can also be defined as an award to the landowner in the form of a TDR certificate or Development Right Certificate (DRC) that provides built-up area or Floor Space Index (FSI) credit (also known as Floor Area Ratio (FAR)), in lieu of the land surrendered to the government for public purpose. In short, TDR in the form of FSI or FAR credit will be made available to the owners, and this credit will be issued in the TDR certificate or DRC.

Additionally, the FSI or FAR credit can be traded with developers or any other person for an agreed sum of money. This is useful as the developers use these credits to construct additional floors in the given area which would otherwise have not been permitted.

Development Right Certificates (DRC) or TDR certificates, issued by the competent authorities, empower the owners to go over and above the usual FAR/FSI, allowing them to build additional floors in the building. The certificates conform to the state-specific TDR guidelines or are regulated under the building bylaws. The total area surrendered or gifted to the government and the value of the land as per the circle rate are also mentioned in the certificates.

Floor Space Index (FSI) or Floor Area Ratio (FAR) is the maximum permissible floor area that can be built on a plot, and such values are different for different cities and states, defined by the respective bylaws.

In cities like Mumbai and Delhi, the TDR value that can be utilized in the receiving site is computed as follows:

Uses and benefits of TDR

The TDR policy has addressed the lengthy, complex, and expensive process of acquiring land for public purposes. It is mostly used for reconstruction and redevelopment projects, but is also used for other development purposes. Based on the kind of development required in the specific area, there are various types of TDRs that can be implemented by the government. Some examples include slum TDR, heritage TDR, road TDR, etc. The government further need not spend any money on the acquiring of the lands from the owners, but can instead issue them the DRCs.

Often, for various development purposes, the government undertakes acquisition for several individual land parcels. There are ongoing debates that the government provides the landowners with compensation that is generally lower than the market value, and thus leads to a lack of people’s consent and land acquisition disputes. This creates for a worrying situation in the acquisition process. However, with the introduction of TDR, the owner can either use these rights for himself in other properties or trade in the market to the developers or any third person for monetizing its value.

Several countries have been practicing the system of TDR to achieve policy goals, curb the expenditure on land acquisition, or in cases where restrictions are imposed on allowable built-up areas. In India, TDR has been introduced by some states either in their town planning act or municipal act, building rules, etc. for various development purposes. Some examples of TDR provisions by Indian states are given below.

Mumbai is one of the first cities in Asian countries that introduced the concept of TDR. With rapid urbanization and high in-migration, the Municipal Corporation of Greater Mumbai (MCGM) was required to build and upgrade its infrastructure for the growing population. However, they faced issues with acquiring of land for the development, as the land was scarce and land rates were very high.  Therefore, the Maharashtra Regional and Town Planning Act, 1966 granted provisions for TDR, and accordingly MCGM prepared a development plan in 1967 that introduced TDR within MCGM limits. Consequently, the TDR provisions were also mentioned in the development control regulations (DCRs) of Greater Mumbai, 1991.

In January 2020, the Brihan Mumbai Municipal Corporation (BMC) issued guidelines to grant TDRs for existing roads and amenities under the Greater Mumbai Development Plan 2034. The guidelines provide that the BMC is to mandatorily issue the due compensation or TDR to the landowners. This will enable the transfer of lands legally in the revenue records.

The concept of TDR first began in Hyderabad in the year 2006 with the introduction of the policy in Revised Common Building Rules by the State. The building rules provided the guidelines on how to issue the TDR, and thereby its utilization. This was mostly for the purpose of Master Plan roads widening, lakes, water bodies, and heritage buildings. In Hyderabad, TDR is awarded in the form of a TDR certificate if owners transfer the land to the local body or Urban Development Authority as a gift deed. Those certificates generated within the municipal corporation limits can be claimed in the metropolitan development area, and vice versa.

The Greater Hyderabad Municipal Corporation (GHMC) also established the Online TDR Bank, which allows for online digitized certificates and acts as a platform for buyers and sellers, including between different government departments. This was applauded by NitiAayog who recognized it as one of the best practices in the country for land acquisition. To date, the GHMC has issued 1,049 TDR certificates worth Rs 3,500 crore value of compensation.

The Gujarat Town Planning Act of 1976 paved for the implementation of the TDR method in Ahmedabad. TDR is mostly applicable for development pertaining to heritage conservation, rehabilitation of slums, and redevelopment of public housing. As per the Gujarat Comprehensive Development Control Regulations (GCDRC) 2017, TDR is an incentivization mechanism by which the floor space of one building can be traded for that in another building. In 2015, the Ahmedabad Urban Development Authority’s (AUDA) initiated the TDR for the development plan of Ahmedabad. This was particularly focused on the heritage property owners of AMC (Ahmedabad Municipal Corporation) – grade I and II heritage structures. According to an expert, the Heritage Commission of Ahmedabad received several applications after the introduction of TDR in the town planning act, which took several years to crystallize. AMC has now built a single window system for heritage conservation, restoration permissions and TDR clearance.

The Delhi Development Authority (DDA) has recently proposed the concept of transferable development rights in the Master Plan of Delhi 2041. The DDA has also approved the TDR clause under the development controls for areas that fall under the land pooling scheme. A list of TDR reception zones will be provided by the DDA, where the property owners can sell their TDR to the developers. Some of the TDR receiving areas identified in Delhi include land pooling zones, notified transit-oriented development (TOD) nodes, and business promotion districts (BPD).

There are other states like Andhra Pradesh, Karnataka, Kerala, Tamil Nadu, Uttar Pradesh, West Bengal, etc., where TDR is implemented.

TDR has been a key instrument that has enabled simpler acquiring of land in several states. However, it has its prospects and consequences as experienced from the implementation in various cities. It is argued that the TDR is not only a tool for urban renewal but also a means of gentrification. In Mumbai, there have been instances when the TDR has led to the displacement of people living in slum clusters. In several instances, the TDR has also been criticized for being a ‘land grab’ by private developers. The state government has taken steps to address these issues. In Chennai, the TDR process has resulted in the demolition of low cost housing units.

Another criticism is that the TDR is known to have been used by real estate companies to acquire land at throwaway prices. Further, the TDR processes has also been criticized for its lack of transparency. Lastly, pooling of TDRs needs to be carefully planned as when kept unchecked, it could damage the urban form and quality of spaces.

TDR is a very important instrument for the development of cities and have proved very helpful in providing easy access to land for government and developers. In India, TDR is functioning as one of the key elements to achieve the overarching urban development goals. The TDR policy must be experimented with at a national level, which can act as a model policy for various states to formulate their individual defined sets of policies. The states and ULBs can further incorporate the policy in their building bylaws or development control regulations to provide a mechanism for the TDR processes. It is considered that TDR in the coming years, will shift from just as an alternative to acquire land for public purposes to even building them. Therefore, the TDR should be used with caution and must be accompanied by proper planning and monitoring.