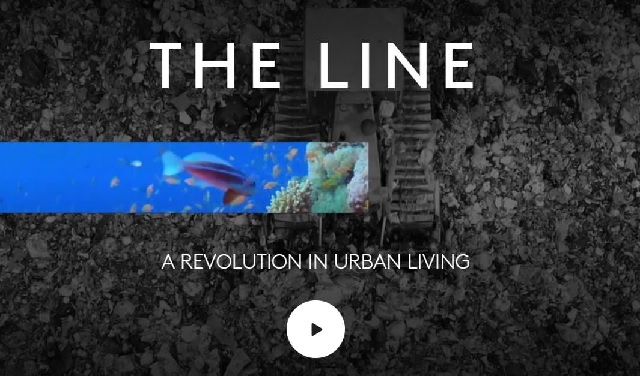 15 interesting facts about the city

by Nancy Published: May 11, 2022Last Updated on May 10, 2022 16 views
0 comment 0FacebookTwitterLinkedinRedditWhatsappTelegramEmail

The 21st century is blooming with technology. It is connecting the physical and digital worlds. Also, the current development in Artificial intelligence is opening up ways for different possibilities that people never thought about.

You can see one such example in the near future- THE LINE, a recently announced series of futuristic communities being developed in NEOM. It is a region in northwest Saudi Arabia that will function on data-driven technology. NEOM – The Future City, too Good to be True? – this is what people think about it.

The core emphasis of its design is to give residents an experience of living in harmony with nature, open spaces, parks, gardens, and sustainable food production. Everything- businesses, communities will be connected via a digital framework. This futuristic city has many interesting facts that you should know!

THE LINE is a 170 km-long linear urban development stretch. The idea behind the project is to develop walkable neighborhoods integrated with public parks and the natural landscape. It will connect four distinctive ecologies- Coastal, Coastal Desert, Mountain, and Upper Valley.

“THE LINE” wants to tackle the issue of mass urbanization and environmental degradation. NEOM’s environmental strategy will focus on five fundamental principles: understand, sustain, protect, inspire and enhance. The new city will promote a holistic view of conservation and saving local natural beauty.

The city will function on 100% renewable energy. Also, it will follow the principles of environmental responsibility. It will form a framework of all the business regulations to promote sustainable and regenerative development practices. In addition to this, to avoid the adverse effects of pollution just like the metropolises of today, it will develop 100% clean energy.
Also, to ensure that development does not compromise the environment, they will adopt green construction. Furthermore, the project will use cutting-edge technology, exploring green cement and sustainable supply chains to achieve carbon-neutrality by 2030.

NEOM holds a lot of advantages because of its location. It has access to abundant coastline and sunshine. Hence, it would be easy to convert low-cost solar and wind energy. The high levels of cost-effective renewable electricity are available to few countries in the world.

The main idea is to build communities around people, not cars. Everything would be easily accessible within five minutes walking. This will leave a lot of space in the landscape for greenery and natural beauty. This will also give a chance for the communities to be closer and interact with each other.

6. Economic Gains by the Project:

According to the official website, THE LINE will be able to create 380,000 new jobs. It will further economically diversify and contribute SAR 180bn to domestic GDP by 2030.

Other than boosting Saudi Arabia’s economy, NEOM’s development will also cater to the circular economy. The city model will work on minimizing waste and increase the product life cycles to conserve resources. It will happen through material choices, the type of cement used, renewable energy production systems.

8. Reshaping the concept of Urban Life:

It is a futuristic version of urban design that has never been implemented. The project will incorporate livability and harmony with nature.

The Urban design concept is to divide ‘The Line’ into three layers: a surface layer for pedestrians and the public, and the other two underground layers for transport and infrastructure. The decision of utilizing space underground for the transit system will be able to preserve 95% of the region’s natural environment.

There are many sci-fi ideas for the city that have been laid out in the confidential documents which were reviewed by The Wall Street Journal. It is said it will have cloud-seeding machines to change the stark landscape, glow-in-the-dark sand, and a giant artificial moon.

THE LINE is supported by a physical and digital infrastructure layer designed underground called THE SPINE. It will contain essential utilities and transportation services. The system will work for the local generation and consumption of power. Along with this, it will work on the advanced connectivity that will further allow energy distribution. NEOM will also have autonomous mobility solutions and ultra-high-speed transit.

All essential daily needs will be within a five-minute walk, like schools, education institutions, hospitals, and even green spaces.

13. Use of Artificial Intelligence:

The infrastructure layer will have ultra-high-speed mass transit access for the residents. It will use Artificial Intelligence and robotics that will evolve continuously. They will learn and grow with time. Also, more than 90% of the data will help to form a predictive system. It will help improve services to residents and businesses.

The major $500 billion investment for the project- ‘The Line’ will come from the Saudi Government, PIF, and other local and overseas investors.

15. Timeline of the Project:

The expected construction for the project is the first quarter of 2021. It will be home to a million residents by 2030.