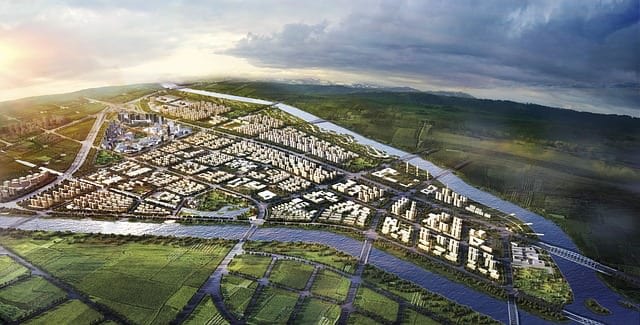 Urban Planning – The Open but Hidden Gold Mine

Why Urban Planning Remains an Unknown and Undervalued field?

The world is a big stage for inevitable changes. It is a platform that carries a large number of people and hosts all kinds of events, be it development, a crisis, or a revolution. These events often have an impact on economy, which in turn has an impact on the people. To guide such a large population in the right direction to achieve the right benefits and have positive impacts is why urban planning is needed. But the question here is, why is this very important field an unknown or undervalued one in this very rapidly growing and urbanizing population? For an individual to get into a profession, he/she will look for the importance of the field, its scope, and its demand. In the case of urban planning, the answer is high to all the three factors, yet there are not many people into this field. Thus, there is a high need for this field to be advertised, to achieve a good amount of people into this field.

To understand and analyse the reasons behind the field being underrated, the study could be divided into three stages based on human thought. Here, the observations of thoughts that comes to an individual as far as urban planning is concerned and the reasons why the course has been underrated has been highlighted.

Journey of a Layman – The First Stage

The first stage is the thinking of any layman who clearly has no idea about the term urban planning and is in search of a field that meets the criteria of importance, scope, and demand. When we use the term urban planning to such an individual, the first thing that comes to his/her mind is that it is the government’s job. The urban area improvement is a factor of development and development is considered to be the job of the government, but it’s not the first thought that comes to the mind that there are a qualified set of people who get to work on the development, who are urban planners. Usually, at this stage, people see the government as one whole body and not the bodies that it constitutes of. For example, when there is an infrastructure that needs improvement, the first thing that anybody would say is, ”The government should look after it,” but a very few at this stage, think about who under government should look into it. Thus, it is important to clarify that there is a body for urban planning that looks after the urban affairs. At this point, we move into the second stage, where the individual has some idea about what urban planning is.

Deciding the Destination – The Second Stage

Any rational person at this stage would see the destination in the field they choose, in simple words, jobs. For an individual to settle, he/she would need a promising job and in the field of urban planning, they would look for the kind of jobs they could get. The problem here is that there are not many private firms in the field known to people, and there are no recognised posts in the government specially meant for planners. Even if any such jobs are available there is a very high need for it to be advertised. This is one of the major factors that determines the people to choose their profession. Here is where the third and the final stage evolves, where one needs a clarity on how to get to a job.

Planner, The Leader – The Third Stage

Now that by this stage the individual would have discovered the various posts a planner could get placed in, he/she will now look for the criteria for that job, which gives way to some questions. This can be best understood with an example. Let us take the example of housing board as a job that has a place for planners. The question that will arise here is, who were running this before urban planning was introduced or when the overall number of planners has been significantly low. Such a question has an answer which is very generic and is the root cause of why planning has not been recognised even after it has so much importance in development. Planning is one such unique course that is a linkage of many other such courses. It includes architecture, civil engineering, economics, trade and commerce, marketing and so on. All these years, the rail of urban affairs was run collectively by the people in these individual professions who worked as a team and each of their works were inter-dependent on each other. Due to this, the pace of development did not reach an expected bar of efficiency. There was a teamwork but there was no team leader. To complete the team, the planner is qualified with very justifying qualities as a team leader. In urban planning, we study the basics of all the related subjects, be it economics, architecture, civil and even commerce. This would complete the team with a composition of very knowledgeable team members in their respective fields and a team leader being a planner who can assign roles to each of the individual members, once a plan is made, as he/she is best aware of their fields and thus their capabilities.  Since there are interlinked courses that manages to complete the job, planning has not been getting the deserved recognition, which again, needs to be advertised by portraying such qualities. Now, here comes another question of whether urban planning is the only option to get into urban development. The answer for this is, there are other fields that aid to urban development, but will only contribute to one part of the development and not a whole.

Although urban planning has great importance, it is not known among the common men. Taking an example of a scenario in Bangalore, if people have to buy plots, the process is very mechanical, where the Bangalore Development Authority (BDA) allots plots, people buy it based on three criteria – accessibility, safety and most importantly whether they get a loan. This should not be the case when a plot is allotted for residential, as this job of safety, accessibility and other parameters are of planners and people must automatically get confidence in purchasing plots. Common man isn’t aware of the land use or the guidelines for building, and since he isn’t aware of it, there is no thought on who prepares such guidelines and why is it important. If the importance is known, there is an immediate value and recognition that comes to the field of urban planning.

Everything’s in the Name!

Lastly, there is a very minor point but has a major impact on any layman which is the name of the field. Different regions in the world give it different names. Some call it urban planning, some call it town planning and some others call it just planning. Due to this difference in the naming, there exists a lot of confusion among the commoners about the exact meaning of our field. Often, the undergraduate course of B. Planning is mistaken as Business Planning. Planning comes everywhere, in business, in management, in company set-ups and what not. But, one of the core reasons for our course being unknown and undervalued is that it has no universal name like other courses, to name a few – engineering, architecture, hotel management. The most apt and preferable term could be Urban and Regional Planning (URP) which, in the name itself, clarifies the meaning and covers all regions for development.

Urban planning is an open platform that invites many aspiring young individuals to learn and showcase their ideas collectively for the betterment of the society we live in. This field makes the world more capable and efficient of hosting the current and upcoming large numbers of population. It matches the needs of many individuals by meeting their criteria of importance, scope, and demand.  It is an open and visible gold mine that just needs the key of exploration, and the key lies in the advertising of this very important and interesting field. To reiterate, Urban Planning is an Open but Hidden Gold Mine! Given an opportunity to showcase the vibrance of the field on various physical and digital platforms, it will definitely get the recognition, value, and popularity it deserves.

Author Bio: Nidhishree N Kumar, a second-year student in bachelor’s in planning in Nitte School of Architecture, Bengaluru. I am born and brought up in Bangalore and am aspiring to explore the world of planning. Although new to writing articles, I believe my words could have some impact on the readers and this article aims at changing the view of laymen about urban planning.

For further reading and getting more information about Urban Planning you can read the following articles (all articles open in new tab/ window):

The Need and Importance of Journalism in Urban Planning