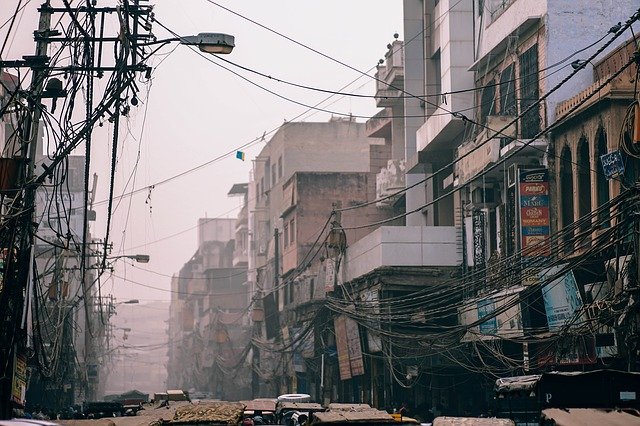 Allocation of funds and ground realities

Urban and regional planning in India can differ from the planning in other countries. While the building of roads, transport, housing, and sanitation are important factors in all the countries of the world, the ways in which these entities are managed and processed vary drastically. India’s urban planning process is challenging because of its enormous population, behaviour of people and the ways in which local and central government manage the planning process. One drawback in India is that the Indian government, although it invests a lot of money into the planning of infrastructure, it is not as systematically processed and enacted as developed countries abroad.

Planning in India and New Zealand

New Zealand, Australia, UK, and USA for instance, have local and central Council bodies which take control of all the planning processes and issues of the cities and regions present. New Zealand has a total of 65 council bodies which take control of the building, roads, parks and almost all aspects of the region that it is located in. It is the same in the United States of America which has centralised local bodies which control all aspects of infrastructure, policy, and planning. In India there are local and state governments which control planning and infrastructure, but it is poorly done compared to other countries. Rubbish and landfill for instance is taken very seriously in New Zealand along with transport systems and road infrastructure. People are fined when there is rubbish on the road and places are kept very clean in New Zealand and Australia. The parks are very clean, and people must abide by the rules. In India people are reluctant to follow rules, although this is improving now as the government is processing strict rules. However, rubbish and landfill problems along with sanitation is very poor in Indian cities and need immediate attention.

Bangalore, for instance, is very crowded and commutation from one place to another place can take hours with extremely severe traffic. Therefore, it is rated as one of the cities with worst traffic and congestion in the world! This is understandable as it is one of the most populated cities in India and the world, but the local and central government needs to tackle this problem as soon as possible. Instead of building more metro rail which is blocking roadside traffic, if the state government improves the traffic and roads which are poorly built, there will be better infrastructure. India also needs more policy and analysis conducted on all aspects of infrastructure and planning.

Utilization of Tax or Ratepayers Money

On the other hand, I have also lived in Auckland New Zealand which provides infrastructure and cleanliness not seen in India. New Zealand is rated as one of the happiest and most liveable  cities in the world. Although, it might not be possible to compare the two cities, there is vast different in the governance and maintenance of all aspects of the cities. Auckland provides well-built motorways and bridges, libraries, community services, playgrounds, parks, and squares that are not seen in Indian cities. This is one of the differences in the developed and developing countries. There is also less access to funding and infrastructure in India but as India is one of the countries with access to the greatest number of millionaires in the world, more action needs to be taken on this front.

One of the solutions to the poor infrastructure of India is to make sure that the tax money ratepayers pay is utilized sufficiently and properly for the needs of the people. New Zealand collects more than 30% of tax from people but the tax is used for the infrastructure and the wellbeing of the community. The same is done in the USA and it is impressive as it is the third populated country in the world after China and India. Where the tax money goes and what the government does with its taxes is the most important means of generating more wealth and economy for the overall planning and built environment of all countries. People should hold their governments accountable for how the tax money is spent so that there is less corruption and illegal use of the ratepayer’s money.

This article has highlighted how infrastructure in some developed countries, but mostly New Zealand as I have lived there, compares with that of India. Having lived in both the countries has provided me with a unique perspective of the planning and infrastructure of India and New Zealand. There are vast contrasts and many issues that both the counties face but India can learn from the developed counties such as USA or New Zealand on how to improve its quality of life and infrastructure for the people of the country. It is very important that planners and people qualified to be in the planning profession are taken seriously and paid well so that they can contribute to the future infrastructure and wellbeing of Indian cities. There is a long way for India to achieve its infrastructure goals, but with time, effort and utilization of Indian resources, India can achieve the goal of providing good infrastructure and planning needs for the people of the country. The enormous growth in Indian cities is a testament that people want to live and work in India and contribute to the country. If planning in India is improved, the wellbeing of the people will be achieved.

Thejas has a Master of Planning from the University of Otago in New Zealand. She has also worked for some council bodies and private companies in India and New Zealand. She has an interest in public spaces and the overall infrastructure of cities. She has traveled extensively to many countries and provides a unique point of view to Indian urban planning needs. She has written widely on many topics including two theses for her Masters and Honours studies in urban planning. She occasionally contributes articles to Planning Tank and is passionate about infrastructure issues.

City Leaders are selling us to Tech Giants....